Here’s a little movie I made about our trip to Japan. Consider it a follow-up to the previous batches of photos (Tokyo, Mt. Fuji), and a preview for some yet-to-come (Kyoto, Hiroshima, Miyajima).

I recommend clicking on the word “Vimeo” in the video box, as that will open up a new page with a larger viewing window.

So we recently got back from Japan, which was stupendous. Here’s Bunch of Photos, Part 1.

We went when we did because I had some time off due to Easter and, of course, Ching Ming. It happened to coincide with the cherry blossoms, though, which made for an extra-awesome visit since we got to take part in some serious hanami (cherry-blossom viewing). We had a heck of a time finding hotel rooms, even though we booked months ago, but when all was said and done it wasn’t nearly as crowded as we had expected. So, first off, some images of the cherry blossoms in Tokyo. 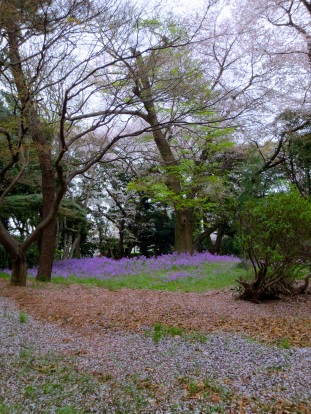 In the gardens of the National Museum. 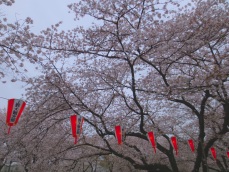 In the gardens of the Imperial Palace.

A view of Tokyo Tower from Sensōji.

Japan is, as we are not the first to observe, a very fastidious place. Every public transportation station has a bathroom, and it is immaculate. And yes, they really do have these awesomely fancy toilet seats. (Which aren’t cheap, by the way—they are upwards of $500.) 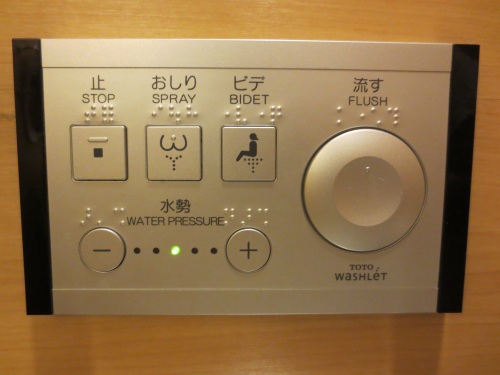 Our hotel room had one of the simpler models. Thank god.

Japan is also filled with vending machines. They are everywhere. The vast majority of them sell beverages (both hot and cold).

See, the drinks on the left (with the red stripe below them) are hot; the right-hand (blue) ones are cold. The Suntory Boss hot coffee in cans is surprisingly good. 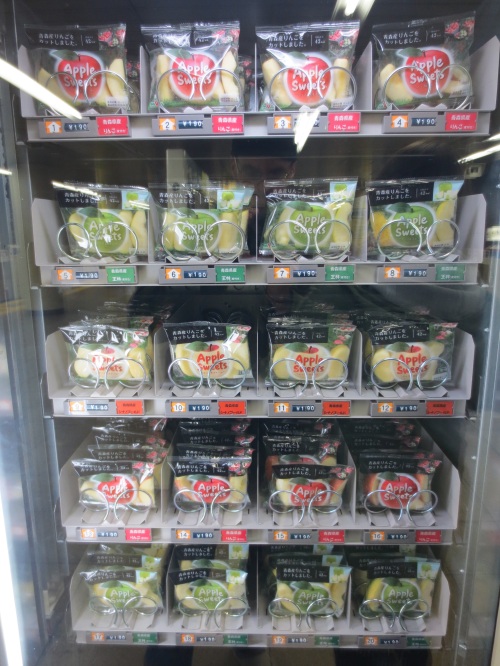 And yeah, at some noodle shops you really do buy the ticket from a machine before approaching a server. This is very handy when, hypothetically, you need some time to figure out what the heck each dish is.

Here are some photos of Tokyo at its Tokyoist.

Shibuya. This is the famous street crossing you’ve seen before. 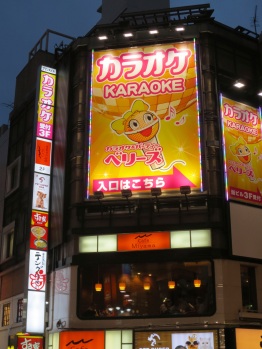 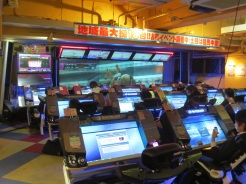 Check this out—you can bet on a virtual horse race. 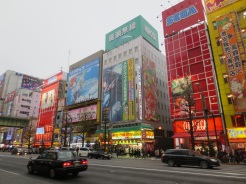 Akihabara. A huge number of electronics and game stores, and more manga than you would believe.

And a few others. 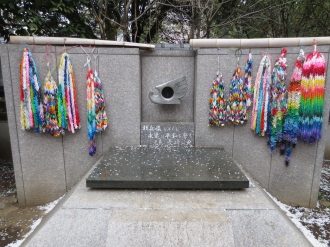 This memorial in Tokyo’s Ueno park has a flame lit from embers from Hiroshima and Nagasaki. The colorful garlands flanking it are made of thousands of origami paper cranes.

The flame, close up.

The National Museum in Tokyo has this enormous fancy device for locking up one’s umbrella. 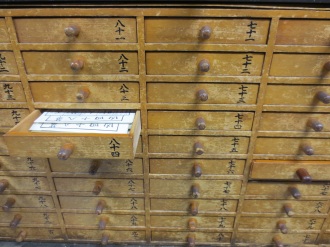 Fortunes. Cate wants me to point out that her fortune, drawer #13, was titled “The Best Fortune.” So we got that going for us.

These signs are a bit unnerving.

Nijūbashi bridge leads to the main gate of the Imperial Palace.