It took us a while, but we finally made it to Beijing a few weeks ago. We hired a tour guide for the three days we were there, knowing that the traffic is absolutely nuts and public transportation gets you only so far. We saw all the highlights.

Tiananmen Square was kind of overwhelming because it’s so iconic, and because there is a strong, strong sense of being surveilled. There were police and other security everywhere, though perhaps that was more heightened than normal because we were there in the days leading up to 6/4. Standing in Tiananmen Square was also the first time we realized that Western tourists are a small minority of those in Beijing. That makes a lot of sense when you think about it; most everyone in the US at some point makes a trip to Washington, D.C., and so of course many Chinese at some point visit their capital city. 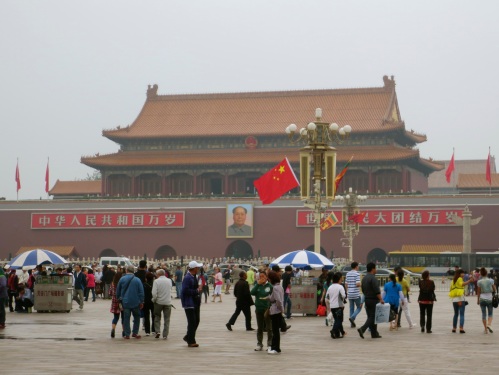 Inside the Forbidden City, which is now forbidden only to those who haven’t paid the admission fee.

We quickly found that what we had been told was true: many Chinese have never seen a Westerner in person before, so they took great interest in us. And, like you do whenever you find something interesting, you get your picture taken.

Cate had all kinds of people coming up to have their picture taken with her.

This group at the Temple of Heaven was particularly finicky. It took about five minutes for them to get all the photos they wanted, in part because the woman in the brightly colored top kept berating her boyfriend/husband for his photographic abilities and kept insisting that he do re-shoots. Meanwhile it’s raining and we’d like to continue our visit, but we (principally Cate) endured nonetheless, in the spirit of intercultural exchange and world peace. We do what we can.

OK, so a photo with her first. 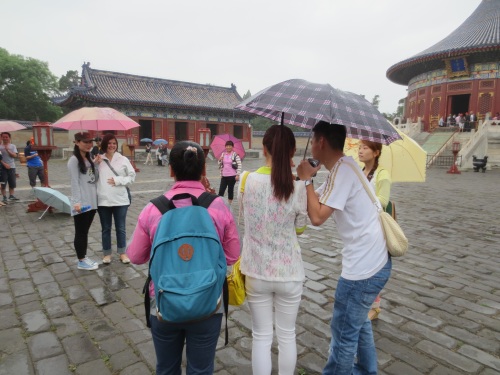 Now one with her friend.

Okay, now could we get one with both, please?

Here’s an alley in the hutongs, the narrow streets characteristic of old Beijing.

A crowded Beijing street lined with food vendors selling all kinds of unexpected things. See below.

These guys were still twitching a little, which seemed cruel.

The store directory in the mall near the hotel where we stayed. Surprisingly, I was not very tempted to shop for clothes in a store called Hot Wind (though I’m David had a certain charm to it).

And now a few photos from the Temple of Heaven. 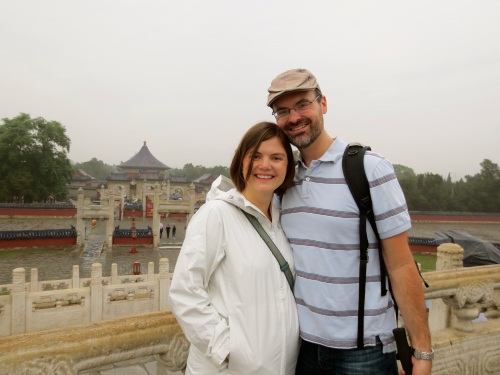 I wanted to get my picture taken with this pretty Western lady. 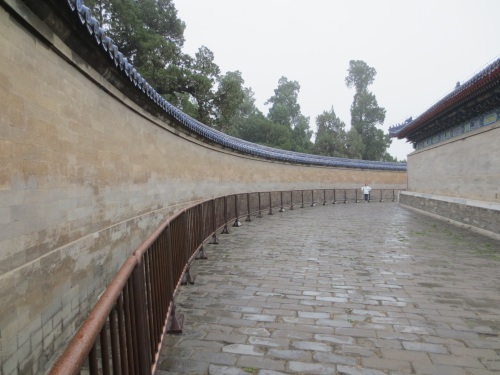 The Echo Wall: seriously cool. I could say something at a normal speaking volume and Cate (that tiny white dot in the distance) could hear me with no problem. The sound seems to be coming out of the stone wall next to your ear.

And now the Summer Palace.

After a day of sight-seeing, nothing hits the spot like Beijing roast duck, which we enjoyed in this awesomely wacky restaurant. The tables are arranged in a ring, inside of which is a pond, inside of which (at the center) is the duck-cooking kitchen, which is staffed by a small army of busy chefs.

Walking back from dinner to our hotel, we found a shop that sells luxury soy sauces. We thought Hey, that might make a nice gift for someone. Sorry, everyone. When they say luxury soy sauce, they mean it. This bottle is 19,800 RMB (about US$3200). 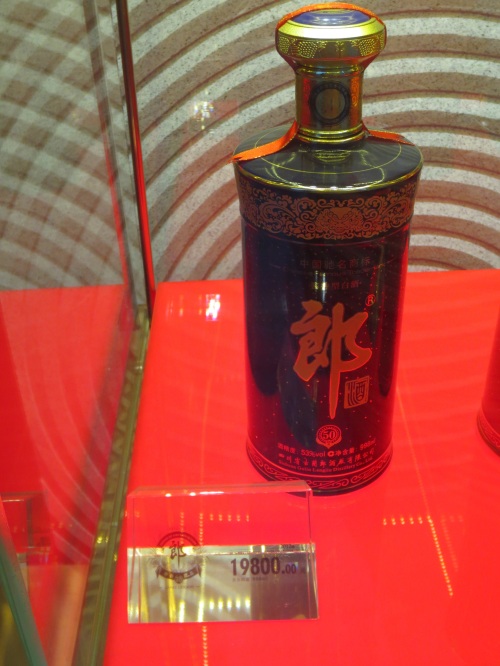 I guess we’ll stick with Kikkoman.

And we saw some more recent iconic stuff too, such as the Olympic “Bird’s Nest” stadium. Our guide said that they had to relocate entire neighborhoods to make space for this. We asked how the residents felt about that. She said that they were very happy to be moved, and appreciated the government looking after them. Hmmmm.

The 798 Art Zone was unexpectedly fascinating. It’s mostly decommissioned military factories that have been turned into beautiful loft spaces and galleries, and there are also many nice cafés and restaurants too.

But the highlight of the trip—at least for me—was (duh) the Great Wall. It helped that the weather was stunning, maybe the most beautiful day we’ve seen all year.

The characters on the side of the hill say “Long live Chairman Mao.”